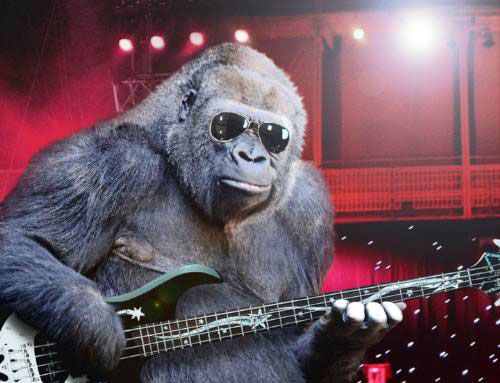 Next week we’ll be telling Tales of the Tunes in The Jungle. Do you have one to tell?

Next week we’ll be telling the stories behind the songs or the Tales of the Tunes? Do you have one to tell? Meanwhile. the tale behind this tune is that Pat Boone will do anything to make a buck. The white bread alternative to the real thing, Pat Boone had a breakthrough hit with Tutti Frutti before anyone had ever heard of Little Richard. To give him his due, we may may have never heard of Little Richard had Pat Boone not prepared us with his version. Little known fact … Pat Boone performed a concert in Brooklyn, Ohio in 1955. His opening act? Elvis Presley.

Here’s Pat Boone performing the heavy metal classic Smoke on the Water proving … I’m not sure what it proves.

And a propos of nothing, here are two musical geniuses proving that just because you have talent doesn’t mean you can’t have a laugh being silly.

Next week … Tales of the Tunes!